View patient and surgeon reviews written about liposuction. The word “liposuction” today is not surprising. The concept itself was derived from the combination of the Latin word lipos (fat) and the English word suction. Liposuction is one of the most popular operations in the world. This plastic operation of the abdomen and thighs, removal of linden and climacteric hump, the second chin, etc. Most often, liposuction is used for the abdominal area and hips.

What problems does liposuction solve?

Some people mistakenly believe that liposuction is used for weight loss. In fact, it is not considered an alternative to physical exercises and diets, since it is most often used for already thin patients, with the purpose of correcting the contours of the body. 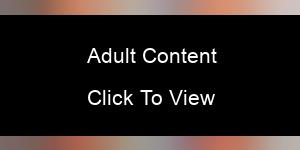 The safe volume of fat removed should not exceed 7% of body weight, therefore, liposuction is not considered as a method for weight loss.

Liposuction is the removal of fat through thin (4-5mm) hollow cannulas with the help of vacuum.

Since the fat tissue after removal is not restored, then re-deposition of fat in the places of liposuction is impossible.

Liposuction is indicated for patients who have localized fat deposits, the so-called “fat traps”. Even with significant weight loss these zones change the contour of the body. The most frequent locations of these “fat traps” are the “second chin”, the abdomen, flanks, the “riding breeches” and the inner thighs. Liposuction is effective for diseases such as gynecomastia, menopausal hump (widow hump), removing lipomas.

Whether liposuction will help in a specific individual case – this question will be answered by a plastic surgeon on a personal consultation. A plastic surgeon will tell you about the advantages of the method and prescribe a comprehensive examination. Good patient health is a prerequisite for liposuction, as with other surgical procedures. If you have kidney and liver diseases, diabetes mellitus, cardiovascular diseases, blood clotting disorder, anemia, hypertryosis, varicose veins of the lower extremities, then you should discuss with your doctor any risks or complications. 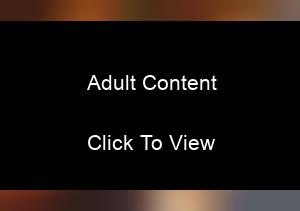 Liposuction is a safe enough and effective method of reducing fat deposits, but still has certain risks and complications, like all surgical operations. Individual risk is based on the state of health before the operation, the area and the volume of liposuction. Therefore, it is recommended to provide the surgeon with complete and reliable information about the state of health at the consultation.

There are several types of liposuction:

The popularity of this or that type of liposuction varies from time to time. It is more connected not with any evident advantages, but with the marketing struggle of firms promoting certain methods to the market.

What kind of liposuction to use in treatment, the surgeon decides, based on the individual characteristics of the patient. Depending on the type of surgery, liposuction can last from 30 minutes to 2 hours. Liposuction allows to use both local and general type of anesthesia. When removing significant amounts of fat, liposuction can be planned for several successive procedures.

Liposuction can be used as an independent procedure, and in combination with other operations, such as tummy tuck, breast reduction, lipofilling (fat transplantation). The aesthetic result after surgery largely depends on the condition of the patient’s skin.

If the liposuction was performed under local anesthesia, then the patient may leave the hospital on the same day. If under the general anesthesia, it will be possible to leave hospital, most likely, next day.

Liposuction of the abdomen and hips involves wearing special compression underwear for at least a month from the time of the procedure. Sensitivity of the skin in the operated sites is completely restored in a few weeks.

Incisions up to 6-7 mm are located in the folds of the skin, so that they can hardly be discerned. The result of liposuction objectively verifiable already after 2 months, when the swelling subsides completely.

Incisions up to 6-7 mm are located in the folds of the skin, so that they can hardly be discerned. The result of liposuction objectively verifiable already after 2 months, when the swelling subsides completely. However, the popularity of liposuction is growing all the time. It is made for both men and women. 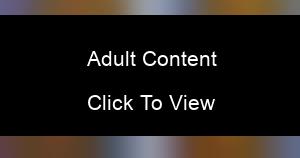 In some cases, even children – for medical reasons. Liposuction is considered a safe operation for the health.

Possible complications and risks are usually explained both by the competence of the doctor who conducted the procedure and by the individual features of the patient’s recovery.

Liposuction should be done in a clinic with the most modern medical equipment and a good professional reputation.

The cost of liposuction

Prices for liposuction can vary significantly. Depending on the volume and type of operation, the method of anesthesia, on what areas of the body will be performed liposuction, the price will be calculated individually, directly by the personal operating surgeon. You can find out the exact price already during the first consultation.

Both approaches as well as other technologies including ultrasound and radiofrequency (RF) used in liposculpture can provide excellent results depending on how the devices are used and how the procedure is performed. In some cases...read more

1) Everything is going ok so far. I’m more sore than I thought I would be though. If I lay too long, I get really stiff and achey, and once I get up and moving...read more

– I had smart lipo via Sono Bello on May 18, 2016. I had my upper/lower abs, love handles, inner/outer thighs done that day. No leaking after day one. Felt nauseated the next day after...read more

– The Wellness klinek is well known. A few years back it got a bad reputation due to one Dr. that was struck off from working in Belgium and the Netherlands after over 80 complaints....read more

Facial Liposculpture for the Cheeks The use of facial Liposculpture is valuable if done selectively. Liposuction of the face can be problematic if overdone or applied inappropriately. The tightening effect is more theoretical than proven....read more

– I actually tried laser lipo today with the lapex 2000 machine. I went to a laser instutue in my area (Edmonton, Ab – Canada) I’ll admit that I was and still am a little...read more

Liposuction is a surgical technique where fat is removed from the body through small incisions. There really is no non-invasive version. There are machines that can reduce fat in areas of the body non-invasively such...read more

Lipodissolve does not equal liposuction Lipodissolve (mesotherapy) is not at all comparable to liposuction. It is a mixture of ingredients injected into the fat to make it “melt”, supposedly. In theory, it sounds great. In...read more

Sono bello is a company that subcontracts out surgery to doctors willing to operated for 18 cents on the dollar. Some good some not so good. They do very little to check doctors talents before...read more

There are various forms of liposuction including power assisted (PAL), ultrasound assisted (UAL), laser assisted (LAL), etc. They all work in different way with the end goal being to remove excess fat. The most important...read more

Recovery after Liposuction depends on the extent of procedure, the area treated and the quantum of anesthesia applied. There will be considerable bruising and swelling around the treated area which in extreme cases can last...read more

Hi! I am 29, 5’2″, petite-build, and just had my inner and outer thighs done today. I have always been small, but man oh man, did I have some saddlebags! I have been able to...read more