What Is Cynosure Smartlipo?

Cynosure Smart Lipo is less invasive, patients are highly satisfied, and you can return to normal activity quicker. There is less bleeding, swelling and bruising with Smart Lipo.

Also, with Smart Lipo, you also have tightened skin from collagen production where lasers are used. This is visible after three to six weeks. Another difference between Smart Lipo and traditional liposuction is that the procedure can be done under local anesthesia instead of general anesthesia, which means Liposuction introduced the world to body contouring.

Now Smart Liposuction takes an amazing concept and makes it even better. Whether your doctor uses it to complement traditional liposuction for large areas or to treat targeted trouble spots, Smart Liposuction was the first and is the trusted choice in laser-assisted lipolysis.

Pros And Cons Of Smart lipo

What is smart lipo laser?

Cynosure Smart Lipo is brand name of laser liposuction similar to what Kleenex is to tissue paper. Let’s review the terms that always make liposuction sound complicated. Liposuction is performed with a fluid injected into the area of fat you want suctioned.

37 Year Old Woman Treated With Smart Lipo To The Chin And Neck Before & After By Dr. Bhupesh Vasisht, MD, Voorhees Plastic Surgeon

Traditional liposuction is performed with the surgeon suctioning the fat through a metal tube called a cannula. The surgeon has to move the cannula back and forth to break up the fat. The cannula is hollow and has holes that allow fat to be sucked into.

The cannula is connected to a device that creates suction (similar to a vaccum cleaner concept). Superficial liposuction uses very small cannulas. This allows the surgeon to remove fat close to the skin- in other words, more “superficial.”

Now on to other energy sources that help break up fat- power assisted, ultrasound and finally laser.

Power assisted is when the instrument itself moves and helps the surgeon break up fat. Ultrasound liposuction has sound waves coming from the cannula to help break up fat. 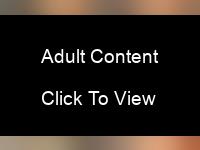 Laser lipo has a few names that vary with the exact wavelength the laser, that is attached to the cannula, emits. Cynosure Smart Lipo has specefic wavelength or wavelengths, ProLipo has wavelengths that are similar. Please note that there may be two different wavelengths during the laser phase that go through the fiberoptic and into the fat and into the area.

In addition to the laser phase of laser liposuction, there is always the additional phase that removes the fat. Since the fat is melted, the idea is that the tube through which you remove it can be smaller. 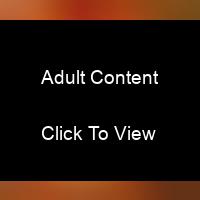 Recovery After Smartlipo Of Lower Abdomen

With liposuction done while you are awake, prepare that the procedure will take a little extra time to numb the area until the procedure can be done comfortably. Please note that some doctors will claim their liposuction is “painless.”

In my practice the pain level is approximately 3 out of 10 with 10 being the most painful. (Stefan Mark Szczerba, MD, Chicago Plastic Surgeon) 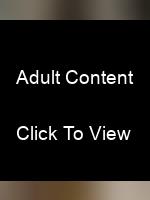 The anesthesia lingers after the surgery to provide pain relief. The second step of traditional liposuction is the removal of fat with suction tubes called cannulas.

Laser lipo is an extra step added in between the two steps of traditional liposuction in which a specially designed laser fiber is passed through the fat layers and fired to destroy the fat cells using heat energy. 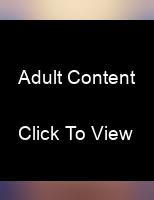 It is claimed that this step can soften the fat layers to make suction of the fat easier, seal blood vessels to reduce blood loss, and shrink collagen near the skin surface to enhance skin shrinkage.

Smartlipo is laser-assisted liposuction that this designed to melt fat cells and tighten skin. Smartlipo is an ideal adjunct to liposuction for treating localized fat deposits on the face and body. This a minimally invasive procedure that safety coagulates blood vesels resulting in less bleeding and bruising than traditional liposuction. 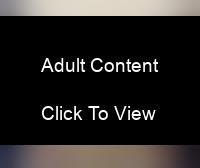 I’ve been using laser assisted liposuction for years now. Over a year ago we switched to SmartLipo as the technology of the use of the laser and how it is used has improved greatly over the years.

It may be more tedious but I find the results much better than traditional liposuction. I perform SmartLipo with tumescent anesthesia rather than general anesthesia. This is less costly and there are less risk factors for the patient.

After anesthetizing the area, we use SmartLipo to melt the fat, then we remove the fat with PAL, then we go back in with SmartLipo to laser under the skin for a tightening effect. (Emerico Csepanyi, MD, Newport Beach Physician)

With Smartlipo, a laser helps melt and loosen fat before removal. Traditional liposuction procedures require the surgeon to manually dislodge the fat, which can cause trauma to the surrounding tissues.

The laser energy Smartlipo applies has also been shown to tighten nearby skin, creating an overall improvement in skin tone.

As one who’s done traditional lipo for twenty years and Smartlipo for ten years, I am wary of anyone who seeks to discredit one or the other without personal experience in both methods. While traditional lipo in the right hands is a great procedure with predictable results, I can honestly say that Smartlipo is easier on both patient and surgeon.

There I, in fact, less bruising, less inflammation, and enhanced tightening using the laser. In many patients, the skin has the ability to tighten on its own regardless of which procedure is used, but in those in whom laxity is a problem, or in those who are bodybuilders who want maximal tightening, the laser is superior.

Most of the Benefits of Cynosure Smart Lipo are Unproven

Liposuction (without using a laser) can still be performed under local or light sedation if desired can still create some tightening to the skin (Christopher J. Ewart, MD, Augusta Plastic Surgeon)

Cynosure Smart lipo is performed with laser energy to melt away fat prior to aspiration. An excellent modality. Speak to a surgeon who performs all types of liposuction to understand all of your options. (Raffy Karamanoukian, MD, FACS, Los Angeles Plastic Surgeon)

While I do smart lipo and like many aspects about the laser it is not nearly as important as the judgement, skills and experience of the surgeon.

I try to discourage patients from putting too much emphasis on the tool or technique rather than the trust in the surgeon. The smart lipo laser can help to loosen thongs up and emulsify fat as well as thermally help with skin tightening.

But it is only a tool and I use it in specific ways on specific patients that may benefit from it. In the right hands it can make slight improvements on results. In the wrong hands it can be a disaster.

Nothing replaces good technique and artistry….and that’s the way it should be. (David Amron, MD, Beverly Hills Dermatologic Surgeon)