It is using local anesthesia to numb up the areas which is much safer than the old method of using general anesthesia for liposuction.

Also, most doctors who do tumescent anesthesia are also using the micro cannulas which are much smaller instruments to suck the fat out. The smaller the instrument, then the smoother the result but the more work it takes for the doctor.

Since you are comfortable, you don’t mind the extra time involved to suck the fat out through these small cannulas since you know you are going to get a far superior result and that is what everyone wants: Better Results! Doctors who are stuck in the stone age who still do liposuction under general anesthesia are most likely still using the larger cannulas also, and therefore are giving only so-so results. 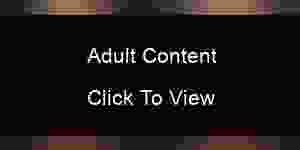 I like to stand the patients up and sit them up and turn them in different positions during the surgery to be able to fine-tune the results. This is why being awake is so important.

When you are lying down on the table asleep, you know your stomach goes flat and shifts to the sides. Under general anesthesia, you can’t see what you are doing very well. When they are awake and can assist you, you get better results when you finesse the areas by observing the patient in different positions and you fix the areas right then.

This is why it is more expensive for the tumescent technique lipo with micro canulas but it is so worth it. (David Hansen, MD, Beverly Hills Dermatologic Surgeon)

Tumescent is a word which can be translated to “engorged”. The tissues are filled with fluid to the point they are engorged. Although it is frequently used to imply an anesthetic technique, it does not necessarily mean that the procedure is performed under local anesthesia.

Tumescent technique can also be performed under general anesthesia. If it is used as the only form of anesthesia, it may take more time to acheive adequate levels of analgesia. In these instances, if you are being charged for operative times, it could cost you additional fees that would have to be compared to the shorter times under general anesthesia. (Otto Joseph Placik, MD, Chicago Plastic Surgeon)

With tumescent liposuction at our facility there is no charge for anesthesia or an operating room. It is done as an outpatient in our clinic which is actually safer than going to the hospital. There are no hospital germs and less pressure to do too much at one time.

When you come in for a consultation, you tell us what area(s) you are most interested in re-shaping. You will be given an estimate based on the area treated and the size. The fee is all inclusive.

It includes the procedure, pre-op visit, post-op care and the compression garment. Those who have been for consultations elsewhere tell us that our all inclusive price is about two thirds of what they have been quoted for traditional liposuction. (T. Wayne Day, MD, Nashville Dermatologic Surgeon)

The tumescent method produces excellent results, I find it so superior to conventional methods that I perform it on all my patients. I do not charge more for it because it is worth the additional effort to produce optimal results.

Cost of liposuction varies depending upon the areas, extent of fat to be removed and anesthesia costs. I perform mini-suction and chin suction under local anesthesia but prefer sedation for larger cases to achieve patient comfort and safety. (Robert L. Kraft, MD, FACS, New York Plastic Surgeon)

Liposuction Of Saddlebags Before & After With Doctor John Squires, MD, Denver Plastic Surgeon

*Prices are taken from patients’ reviews.

Tumescent Liposuction Before And After Picture 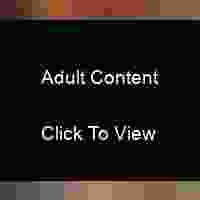