The main zones of leg liposuction include knees, shins and calves. Removal of fat from calves and shins is carried out in cases where an oblong fatty cord is observed in these zones.

The area of calves and knees is often difficult to hide with clothing, and if there are aesthetic disadvantages of these zones, women often want to get rid of excess fat on their legs.

With the help of the liposuction procedure, the areas of the calves get a more slender and beautiful form – and this is precisely the goal of many women.

Legs consist mainly of the musculoskeletal system, which makes the leg area one of the most difficult for liposuction.

The procedure for removing fat should be done as carefully as possible, in the leg area there are a large number of blood vessels that can be injured during liposuction.

For liposuction of the knee, calf and calf area, the most preferred is the tumescent method of fat removal.

If you decide to get rid of fat in the area of the knees or calves, before the operation you need to have the necessary tests, in order to identify possible contraindications to liposuction.

The procedure for liposuction of the knees, calves or shins is often performed under general anesthesia, in some cases local anesthesia is used.

This issue is discussed in detail in a full-time consultation with a plastic surgeon. 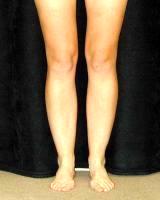 The duration of the operation is on average 1 to 2 hours. The recovery period depends directly on the volume of liposuction and often ranges from 3 to 5 weeks.

The main function of compression linen is to help reduce the skin to new volumes, while the degree of skin elasticity plays an important role.

Sutures are removed a week after liposuction. Return to the daily working rhythm can be in 5-7 days. It is allowed to resume exercise after 3-5 weeks.

With some examples of the work performed, you can get acquainted with the relevant section of the site: photos before and after liposuction. If necessary, you can also ask any question interesting you. Laser liposuction (laser or laser-assisted lipolysis) is an innovative, minimally invasive method to get rid of almost any part of the body from excess subcutaneous fat.

The highest popularity for today uses laser liposuction legs, because it is this way you can correct all of their shortcomings and regain their slender legs, without falling under the “classic” knife plastic surgeon. 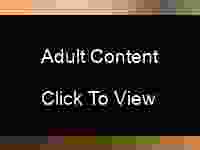 The essence of the procedure of laser liposuction and its advantages

Modern plastic surgery often resorts to the use of a laser, since this method has a number of important advantages over other, rapidly aging methods of liposuction – a scalpel and fat suction. Laser liposuction of legs and other parts of the body is performed using an optical fiber medical probe. On the patient’s body a microprojection is made, through which a cannula is inserted under the skin – a tube no larger than 1 mm in diameter. In the cannula is a probe that feeds laser energy directly onto the adipose tissue and destroys it.

The laser beam not only destroys the fat cells, but also provides the effect of coagulation (“sealing”) of the blood vessels, so that the method avoids such undesirable consequences as: 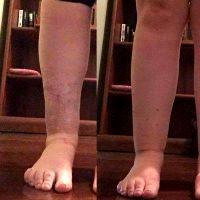 In addition, when using a laser with leg liposuction, suction is not required, since surpluses of adipose tissue treated with a laser beam are removed from the body independently, previously neutralized by the liver.

The indisputable advantages of laser liposuction, in addition to those listed, include:

Leg liposuction in the clinic

Highly qualified specialists of the Laser Surgery and Cosmetology Clinic have been successfully performing laser liposuction for all the leg zones for many years, on which unwanted fat is especially “liked” to be deposited: 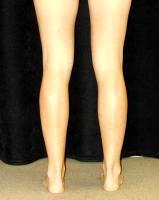 To conduct lipomodeling, clinic specialists use the surgical laser Smart Lipo. With the help of Smart Lipo technology, lipolysis is possible even on those parts of the body for which other methods of liposuction are not suitable.

In duration procedure can take from 40 minutes to one and a half to two hours, depending on the area treated body regions and the thickness of fat layer, which must be removed.

The very procedure of laser lipolysis is practically bloodless and painless for the patient, so many photos and videos of leg liposuction can be easily found on the Internet. On our site you can not only read reviews about leg liposuction left by our grateful patients, but also get acquainted with other useful materials, such as photos of liposuction legs in the “before and after” format. 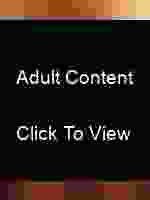 Your Recovery Process Can Be Monitored By A Medical Staff

The recovery period after laser liposuction

Laser leg liposuction, in contrast to traditional, is performed under local anesthesia, which ensures the fastest possible return of the patient to the usual rhythm of life. Within a few hours after the procedure, the patient is under medical supervision, after which in most cases he is released home. The period of full recovery directly depends on the volume of the removed fatty tissue, however, since laser liposuction of the legs is practically non-traumatic, the rehabilitation time after it is minimal.

Especially valuable in this case is the fact that the effect of the procedure can be assessed right after it is carried out – the body does not have bruises or wounds, the patient does not experience any serious discomfort. Moreover, the Smart Lipo laser in the liposuction process also tightens the skin on the treated areas, fighting cellulite and sagging the skin, which is an additional pleasant bonus for each patient. 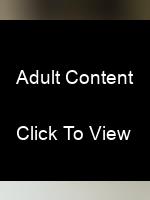 Within 10-14 days after laser liposuction of the legs or other parts of the body, it is recommended to avoid such factors as:

Also, after the liposuction of the legs, the doctor can recommend short-lived wearing of compression underwear and / or a simple diet.

Laser liposuction, like any other medical manipulation, has a number of contraindications. These include:

It is also recommended to avoid laser intervention in those areas of the body where there is varicose veins. If among the listed diseases and conditions you have not found anything from your own medical record – you can safely sign up for a primary consultation before laser liposuction of the legs.

The price of laser liposuction of legs may vary slightly, but before you choose your clinic, you should carefully consider not only its prices, but also the rest of the information about it. That is, in addition to the question “how much does the liposuction of legs in a clinic cost”, one should also ask the question of what the cost of the procedure is in each individual case.

In the clinic of laser surgery and cosmetology, the price of liposuction legs, as well as the cost of other procedures are presented in the current prices posted on the site. Addressing to us, you are guaranteed to be rid of any risks associated with the procedure of liposuction, because:

We practice a detailed individual approach to each of our patients, choosing the best combination of laser surgery techniques in his case, and not the “standard set” of conventional cosmetology centers.