Is SmartLipo Smart? The Truth Behind The Hype

Smartlipo is simply a fine canula with a laser on the end that is purported to melt away fat and make liposuction more comfortable and decrease recovery.

The reality is that liposuction with a laser is about as useful as the sharks with lasers mounted to their heads in the Autin Powers movie.

It is largely marketing. The device haas been well studied and simply does not work as well as traditional liposuction which is the reason you will find very few true plastic surgeons using this machine.

This is the reason that ‘smart liposuction is dangerous! The company markets to all kinds of doctors that they can take a course over the weekend, learn the technique and enhance revenue in their practice. 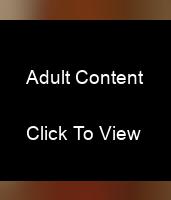 It is simply not safe for non plastic surgeons to perform liposuction. Results can be anywhere from unnoticeable change to horrific. For in office liposuction procedures I use a waterjet liposuction machine manufactured by the company humanmed.


I like this device because there is a continuos administration of the tumsecent solution which makes it painless and bleeding free. The waterjet also helps break up the fat so there is less force applied and the patients are more comfortable.

The most important part of your procedure is not the device but rather the hand holding the device! (Rian A. Maercks, MD, Miami Physician) 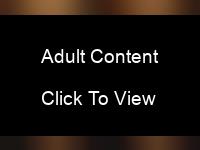 Liposuction can be done with several methods. Traditional suctioning, power suctioning, and water (bodyjet) are some of the techniques of removing the fat cells. Smart Lipo adds an extra step with a laser to melt the fat cells and stimulate collagen for skin tightening.

We use a combination of these techniques to taylor to the individual”s needs. For the most part, similar results can be obtained – no matter what instrumentation is used.

SMART liposuction is laser assited liposuction. The laser delivers different wave lengths that assist in breaking down and melting the fat cells. 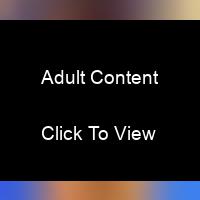 I prefer to use SMART lipsuction in conjuction with traditional liposuction to get the best results.

The SMART liposuction assists in melting the fat and tightening the skin, and tradiional liposuction is used to suck the remaining fat out. (Robert Heck, MD, FACS, Columbus Plastic Surgeon)

Compared to traditional liposuction, I believe it is a more refined way of breaking down fat, the traditional lipo (tumescent lipo in itself) mechanically breaks down the fat at the same time suctioning it, more trauma to the tissues. (J. Vicente P. Poblete, MD, Cleveland Plastic Surgeon)

Smart lipo is laser assisted liposuction using a 1064/1320 wavelength laser platform. The laser energy is delivered to the tissues and the heat generated non-specifically melts the fat, coagulates blood vessels and tightens the skin by collagen shortening.

Traditional liposuction using a tumescent technique can achieve similar results as with Smart Lipo however there will usually be significant bruising, swelling and in patients with poor skin elasticity there will be sagging of the skin.

Smart Lipo will help tighten the skin and the results will be better in cases of poor skin elasticity. In most cases, traditional liposuction can achieve excellent results with a skilled surgeon.

The main difference is in the post operative bruising,swelling, pain and the extent of skin tightening. (Joel B. Singer, MD, New York Plastic Surgeon)

There is nothing really smart about Smartlipo. It essentially uses a very small fiber about the tip of a pencil lead to deliver a laser energy to the fat. This destroys the fat. Some people leave the dead fat to be absorbed while others then follow up with traditional liposuction to remove the dead fat.

Is this really an advantage? It’s users claim superior skin contraction with less pain and bruising. However, this really remains to be proven. When the initial Smartlipo failed to deliver the highly touted results, the new generation Smartlipo MPX was developed.

In my opinion it is great for small areas and may give a slight advantage with precision. However, it comes at greater cost and time. To give you an oversimplifed analogy, I have used elsewhere: imagine having to color in a sheet of paper.

On one hand you are given a pencil lead and in the other hand you will be given a broad tipped magic marker. Which one do you prefer? Now if you had a very small post-it sized note to color in, it might not make a difference.

In few words Smart Lipo is laser-assisted liposuction. A laser helps melt some of the fat before it is removed through the suction device. After using it for over a hundred cases in 2008, I basically stopped using it, moving back toward more conventional tumescent liposuction.

My assessment is that Smart Lipo adds expense but, for that expense, really adds little in the results department for the vast majority of patients. I consider it a plastic surgery gimmick of sorts. (John P. Di Saia, MD, Orange Plastic Surgeon)

The most important fact to consider when inquiring about SmartLipo (or any form of body sculpting) is the experience and training of the surgeon. Ask to see pictures of before and afters, and do not be afraid of questioning the physicians credentials (i.e. board certification, number of cases performed, experience in traditional body scultping, etc). I have used all forms of laser body sculpting and find that it is very safe if properly used in the hans of an experienced surgeon and laser user.

Unfortunately, I do not do research by I can tell you by years of experience that laser body sculpting is extremely effective for the right patient. There are still times when traditional or ultrasonic liposuction are used but most patients I see can be treated under local anesthesia as an office procedure. (Theodore Katz, MD, FACS, Philadelphia Plastic Surgeon)

SmartLipo is not a substitute for traditional lipo

Find out which “Smartlipo” machine and technique is to be used

The changes in both machines and techniques have come so quickly that consumers as well as physicians have difficulty sorting out what is really being done. We tried the original Smartlipo lasers and protocols and found them no different than tumescent liposuction, except it took longer, was more expensive, and had more possibilities of complications.

By my count we were through three generations of machines without the company really defining what they or we should doing. However, the new machine (SmartLipo MPX) WITH THE NEWER TEMPERATURE CONTROLLED shrink technique does finally seem to make a difference in older patients who have lost elasticity or younger patients needing the “mommy makeover”.

Our technique is to begin with normal tumescent liposuction with fine cannula technique and then follow immediately with the MPX under temperature control to create the shrinkage. The operation takes at least half again longer, but the results so far seem to make it worthwhile in selected patients.

Our feeling is that there will be more improvement to come when the technique catches up with the theory. (Nathan Mayl, MD (retired), Fort Lauderdale Plastic Surgeon)