Full liposuction of legs is the removal of excess fat from the hips, knees, shins. It is understood that a plastic surgery can not cure the general obesity, it will not change the metabolic process.

This method makes it possible to visually make your legs slimmer, which is difficult to achieve even with grueling sports and diets.

Liposuction of the thighs is considered a demanded operation, because in the hip area usually have the largest fat deposits, especially on the inner and outer side of the thighs.

There are several places where liposuction is required.

This may be the outer surface of the thighs, the flank zone, that is, above the hip zone, often called the side. Also, the inner side of the thighs is distinguished, even subannual fat can be removed through these places. 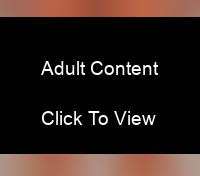 Liposuction of this plan is carried out under local anesthesia. Plastic surgeons most often perform tumescent liposuction. This procedure involves the introduction of a solution into the subcutaneous fat layer.

The solution contains an anesthetic and a vasoconstrictor drugs. Adipose tissue is part of the skin, it is riddled with blood vessels, so to avoid bleeding, the vessels are narrowed.

The fat cells are separated with a tumescent liquid. After this, the fat is pumped out with a vacuum device attached to the skin with the help of cannulas.

Cannulas are only thin, so as not to leave large wounds on the body. The procedure takes about three hours.

It is also contraindicated for those with varicose veins. This procedure requires only an experienced specialist, so the zone is quite dangerous, because large vessels and nerves pass to the popliteal calyx.

Restoration after liposuction lasts at least a month, during this period you should wear compression underwear. After the operation, there is an increase in temperature, swelling. Edema is not treated with medications, analgesics are used only to relieve the painful effect.

Swelling passes through three weeks, and then the first result becomes noticeable. Full recovery comes in four months, that is, you can make final conclusions about the successful operation.

After the liposuction of the knees, it will take more time to spend in a supine position, since pain can be observed during movement.

During the month, it is not advisable to visit the gym and increase activity gradually.

If you follow all the advice of a doctor, but the rehabilitation period is faster, without complications, it should be understood that the effect after the operation depends directly on the characteristics of the patient’s body.

In addition, with age, the skin changes elasticity, so at an older age the result may not turn out as expected.

Cold liposuction, which is also called cryolipolysis, is a new development in the field of plastic surgery. This operation is based on the fact that fat cells can be broken down at low temperatures. 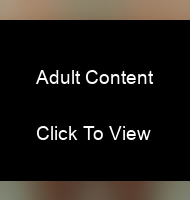 The peculiarity is that they do not make incisions, and fat is excreted from the body by itself. The elimination process takes up to 3 months, with no effect on the liver and kidneys. Minus the procedure is only one – high cost.

No man remains indifferent to attractive female legs. Beautiful legs always look elegant and are allowed to wear clothes of any length and cut from the little black dress to the short skirts flared playful. Perhaps, it is liposuction that separates you from gaining slender legs and buttocks of attractive size.

In the clinic, full liposuction of legs and buttocks is performed by experienced plastic surgeons – they will help you painlessly and quickly eliminate excess fat tissue in problem areas and gain desired contours of the body. 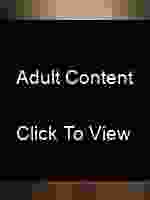 Liposuction of the thighs is a cosmetological operation to remove subcutaneous fat, both from the inner and the outer surface of the thigh.

Due to their genetic predisposition, many women are prone to fat deposits in this part of the body. On the outer surface is often formed the so-called “riding breeches”, which is difficult enough to clean with physical exertion and which “heavier” the female silhouette.

No less problem zone is the inner surface of the thigh. Often, full women are forced to walk in trousers all the time, because otherwise when walking their hips are rubbed against each other, and this gives a certain discomfort.

With a significant deposition of fats, a “smoothing” liposuction of the inner surface of the thigh is performed. Remove a large amount of fat in this area is impossible, because the skin here has a weak contractility. Therefore, there is a high risk of formation of unevenness. 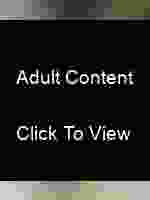 Almost every woman dreams of slender legs and a light flight gait. But with fatty deposits on the hips to achieve a beautiful silhouette of the legs is impossible. A quick and effective way to “eliminate” fat – of course, liposuction!

How much does thigh liposuction cost?

In clinics, operations are performed by highly experienced surgeons using the latest technology and at reasonable prices. The amount of necessary intervention and the approximate cost of liposuction of the thighs, specifically in your case, the surgeon will determine in the process of inspection.

Buttocks are one of the sexiest parts of both male and female body. Excess fat deposits on them do not attach sexual attractiveness, make the body, flabby, non-sexual.

Liposuction of the buttocks can reduce the size of the buttocks, as well as give them an attractive shape. This is a relatively simple operation, which lasts from thirty minutes to an hour. It is carried out, as a rule, under combined anesthesia (medication sleep, epidural anesthesia).

After liposuction of the buttocks for 3-4 weeks, it is necessary to wear compression underwear. During this time, swelling and skin tightening. Special rehabilitation procedures accelerate the process of tissue repair.

If you are interested in quality liposuction of the buttocks, the price in clinics is fully justified – read the reviews and stories of our happy patients. Your dream of neat beautiful buttocks may well become a reality in one month. Just come and … be irresistible and sexy.

Fat deposits on the legs are usually of a small volume, and the skin on the legs is reduced quite well. These factors make the operation of leg liposuction successful almost always.

What are beautiful legs? It is a smoothly tapered contour: strong thighs taper to graceful ankles. Even a small deposition of adipose tissue in the calves, shin, knees and thighs can significantly worsen the aesthetic appearance of the female legs.

In this simple operation can significantly enhance your self-esteem and create emotional comfort. You will love your reflection in the mirror. Liposuction is performed under local or general anesthesia. Through the punctures in the fat layer electrolytes and vasoconstrictive drugs are introduced.

The split fatty tissue is removed by cannulas. After the end of the incision is closed, they are installed drains. Within 3 weeks disappearing of the brain and puffiness. All this time the patient should wear compression underwear.

Knees, like the zone of “ears” on the hips, are genetically predisposed to the accumulation of fatty tissue. This problem is typical for women. The main part is deposited on the inner side and in front, above the patella.

Fat deposits are usually small. But they also significantly worsen the aesthetic appearance of the leg. The area of the knees practically can not be corrected by performing exercises and physical exertion. But with the help of liposuction of the knees to improve the shape of the legs is quite real.

The operation is performed under local anesthesia. Often it is carried out together with liposuction of the thighs (in this case, general anesthesia is possible). After anesthesia, a special solution is injected into the fatty layer.

As a rule, in most cases, only one puncture is sufficient. Adipose tissue is removed from the cannula. The incisions are sewn up, drainages are installed in them. After a couple of hours the patient goes home in a compression bandage, and goes to the hospital only for bandages. Swelling with bruises takes place within 2 weeks.

If you are interested in the price of liposuction of the knees, you intend to personally communicate with a plastic surgeon and find out more about liposuction in various problem areas, you need to make an appointment for a consultation.