What is the “buffalo hump”?

In most people, fat deposits form on the hips or abdomen, but other patients suffer from fat accumulation in the less common parts of the body.

Buffalo hump (bison hump) is a deposit of subcutaneous fat in the upper part of the neck and back.

Previously, humps were often mistakenly treated as symptoms of scoliosis or other diseases of the spine.

The hump is not necessarily a sign of a serious illness and has a number of possible causes:

The hump, as a rule, is the result of obesity, but it can be caused by hormonal imbalance (Cushing’s syndrome). Prolonged use of steroid drugs, such as cortisone, for the treatment of various disease states (chronic arthritis, asthma and other disorders) often leads to the development of a hump.

Tumors, cysts and kyphoscoliosis can cause a similar form of hump, but there is no excessive accumulation of fat at the withers.

Expansion of the cervical spine adipose tissue is one of the manifestations of lipodystrophy syndrome associated with the human immunodeficiency virus.

The buffalo hump can cause serious symptoms, including a significant change in appearance, severe movement restriction, prevention of normal sleep, and sometimes the development of neck pain and apnea.

In severe cases, the hump can cause pain and restrictions on the movements of the neck, up to the point that the person should keep the head in a bent position.

Buffalo hump consists of a fibrous subcutaneous adipose tissue, which can be painful and hard to touch.

This excess fat can expand even further up the back of the neck to the back of the head and to the sides of the head to the ears. The hump is located in the inaccessible area of the “withers”, so it is extremely difficult to remove it yourself with the help of diet and exercise. 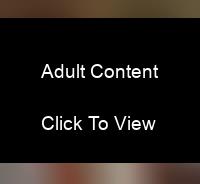 Before And After Buffalo Hump Removal

How to treat the buffalo hump?

Liposuction can completely remove fat in this area, and restore a smoother contour of back and neck, which will allow to wear normal clothes. For patients who are limited in their movements because of the hump, this can be a great relief. They will be able to fully straighten their head and neck and walk in a vertical position. Hump removal is a popular plastic procedure. Recovery is relatively quick with minimal discomfort.

Based on the results of a clinical examination conducted during the consultation, various methods of liposuction can be used to remove the hump. The most commonly used methods include ultrasonic and tumescent liposuction.

Ultrasonic liposuction is a surgical procedure that is used to treat superficial and deep deposits of subcutaneous fat. This procedure allows the removal of large amounts of fat and is especially useful when removing fat from fibrous areas such as buffalo hump. Ultrasonic liposuction involves the use of ultrasound energy through a cannula inserted into the subcutaneous adipose tissue.

After the introduction of the hollow needle, liquid is injected into the operating field. Ultrasound energy effectively dilutes fat, fragmenting fat cells.
This releases the cellular contents into the intercellular space.

The combination of triglycerides, interstitial fluid and injected liquid forms a stable fat emulsion, which is extracted from the subcutaneous space by vacuum suction. Specificity of sound waves allows selective destruction of fat cells without affecting connective tissue and neurovascular structures.

The researchers note that after using this type of liposuction, all patients had a partial reduction in the size of the hump. In a number of patients, the hump returned to the preoperative level.

The equipment is expensive and since there is no significant difference in the results, many plastic surgeons have returned to the classical methods of liposuction. However, ultrasonic liposuction is successfully used to treat HIV-associated lipodystrophy.

The fatty tissue of the hump contains fat cells and fibrous connective tissue, which keeps the fat cells in place.

Fat contains a higher percentage of fibrous tissue than fat in other areas of the body. The fibrous nature of fat makes it difficult to use large cannulas. Nevertheless, with the use of microcannons and tumescent techniques, this area can be successfully cured. The initial use of smaller microcannons, followed by the gradual use of large microcannons, allows for more thorough liposuction.

Tumescent liposuction with microtubules is much safer than ultrasonic liposuction. With tumescent liposuction, a large volume of diluted anesthetic solution is expected to be introduced into the area to be treated. The liquid causes edema of fat aggregations, the expansion of which allows the cannulas to move more smoothly under the skin during fat removal.

It is currently believed that the tumescent method gives fewer complications. Nevertheless, it remains unclear how much of the local anesthetic injected enters the metabolic processes, and how much is removed along with the fat.

Lidocaine may cause a hypersensitivity reaction. Cardiac arrhythmia is a potential complication of high doses of lidocaine. In addition, fat embolism can be a complication of liposuction itself, especially if large amounts of fat are removed. Studies have shown that in the case of tumescent liposuction, the hump returns only in rare cases. 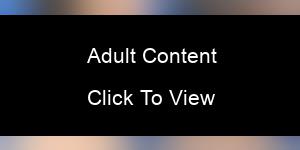 It should be borne in mind that with the loss of weight, fat cells become smaller, but fibrous tissue remains. Thus, after a large weight loss, the fat tissue will be relatively more fibrous.

Consequently, liposuction is relatively easy if the patient has the maximum weight.

For a patient who has lost a significant portion of the weight, liposuction in this area will be much more difficult to perform.

The procedure is carried out under general anesthesia. The advantage of the operation is that the fibrous tissue in the withers area does not perform any vital functions that can slow the recovery.

In the field of liposuction, there will be some bruising, swelling and pain. Excess operating fluid along with blood is likely to flow from the incisions during the first couple of days.

Postoperative care after liposuction hump requires the use of absorbent pads in place with appropriate compression clothing. Compression underwear should be worn to maintain pressure on the treated area, within two weeks after the procedure.

Recovery after surgery usually occurs quickly enough, as a rule, patients can return to work after 1-2 weeks, the end result is observed after 3 months. It should avoid significant physical exertion and jogging about 6 weeks after the procedure.

Skin on the back is especially sensitive to liposuction, which can cause post-inflammatory hyperpigmentation of the skin around the incisions. The number of incisions located on the back of the back should be kept to a minimum. In order to avoid injury to the skin near the incisions, it is preferable to use micro-cannulas. In addition, the skin of the back is especially prone to hyperpigmentation, so when performing liposuction on the back, surgeons often perform incisions in the lateral part of the body.

Since there is only a thick layer of superficial cutaneous fat on the back, some surgeons can perform excessive superficial liposuction and injure the skin. The consequence of excessive liposuction, which traumatises the skin surface and causes its discoloration, is erythema. Damage to the skin caused by overly aggressive liposuction can cause necrosis along the entire thickness of the skin, which ultimately leads to ugly scars.

How to prepare for a buffalo hump liposuction?

In the presence of chronic diseases it is necessary to visit a therapist and narrow specialists of the appropriate profile. It is forbidden to perform liposuction during exacerbation of diseases. In addition, at the preparation stage, an electrocardiogram and fluorography are always performed.

It is also necessary to prescribe such tests: 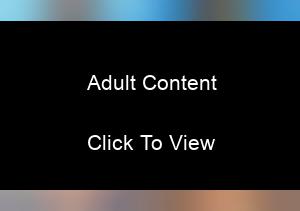 A couple of weeks before the planned surgical intervention, it is necessary to exclude the use of medications that affect the stimulation of the circulation.

Also it is desirable to exclude smoking, since nicotine has a bad effect on the healing of tissues. At this time, you should eat well and avoid constipation.

Buffalo Hump Removal Before And 1 Month After At Pacific Liposculpture In San Diego, CA

Patients are often released home a few hours after the procedure. However, in order to reduce the risk of complications to a minimum, it is worthwhile to stay in the clinic for a day.

After a day, a tight bandage is changed to a freer bandage. For 2 weeks after the operation, it is necessary to wear a supporting bandage. And it is not removed even at night.

The final result will be seen after 3-4 months.

It is this time that is required for the complete disappearance of edema. As a result, the muscles will get used to the new form, and the tissues will acquire a clear relief. Two weeks after the operation, the doctor can recommend a lymphatic drainage massage. Ozone therapy and microcurrent therapy are also often used.

Since liposuction is a full-fledged operation, it is difficult to predict the reaction to its carrying out. Even healthy patients can face unpredictable consequences.

So, liposuction of the buffalo hump can lead to such complications:

If a person has a fever, dizziness, tachycardia, nausea, excessive sweating, or chills, this should be reported to the doctor.